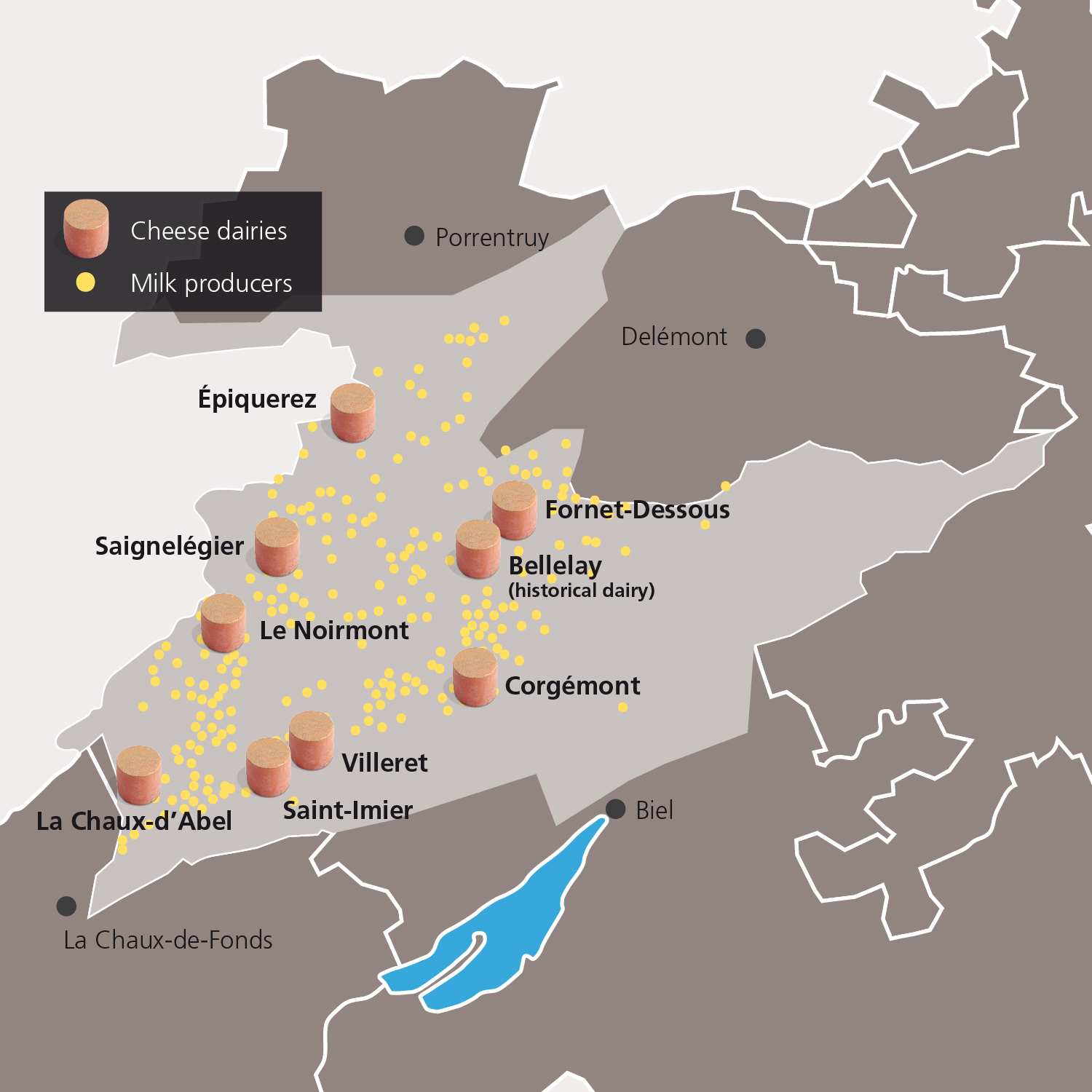 Since the end of 90's, the production is almost doubled, due to the evolution of the exportation. More than one in two Tête de Moine is exported today. The intention is to maintain an extremely raised quality standard, in the respect of the traditions and to keep an added value, in interest of all actors of the Tête de Moine activity.

The purpose of the association is set down in its articles as follows:

Tête de Moine AOP is a protected designation of origin (AOP = Appellation d'origine protégée) from the Swiss Jura. The AOP label guarantees that Tête de Moine AOP is the genuine cheese produced in the designated mountainous areas of the Jura according to a traditional method and submitted to stringent quality controls.